We took a short drive to the Kennedy Space Center Visitor Complex. Megan and I had taken the boys here a few years ago but they didn’t remember much of it. I don’t remember spending $10 for parking last time or how ridiculously expensive the entrance tickets were. I mean, really – this is cool space rocket stuff but when a bunch of the buildings are closed for renovation we don’t need to be paying Disney World level prices here…

We made a beeline for the shuttle building to ride the space shuttle simulator – this was a building we didn’t check out at all last time so it was all new to everyone. Of course the Space Shuttle Atlantis is there now since the shuttle program has ended, and they’ve done a fantastic job of displaying the shuttle with the cargo bays open on two floors of the building. There were some great activities for the kids to try, including a giant slide and crawling through a mock-up of the international space station. The shuttle launch simulator was fun but unfortunately Dooder and Cake were too short to go and had to sit it out.

We finished up that building and met astronaut Jerry Carr, who was commander of the Skylab 4 mission. Each of the kids got an autograph from him and Yay Yay asked some great questions. We spent a little more time in the bookstore too. We toured another building with more new exhibits and learned about the Mars landers/rovers, NASA’s future, and the Orion spacecraft. We finished up the day at the outdoor playground in the rain.

A multi-day pass would have been great – available, but for more money – to see more of the exhibits and spend more time at them, including the bus tour of the actual launch complex and some other new exhibits. Despite the cost, I recommend a visit if you’re in the area. Go early – you’ll need the whole day to try and see it all! Of note is that admission to the KSC visitor center also includes admission to the separate Astronaut Hall of Fame down the road. 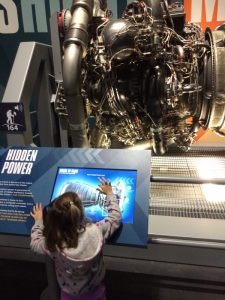 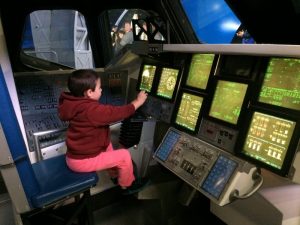 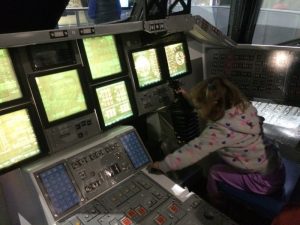 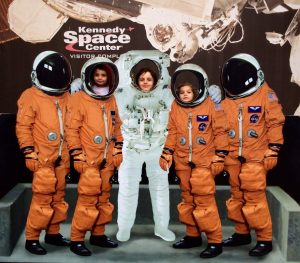 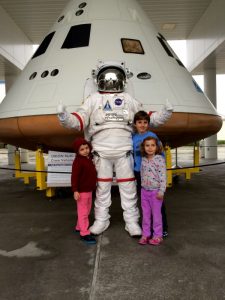