New Orleans! It was an instant love connection for our family. This city is alive!! You feel the energy of the place flowing through your body and you just have to follow it’s lead. Here’s when having no plans really is beneficial. There is so much to love about this city: music everywhere, beautifully expressive art, culture, crazy awesome people watching, and crazy good food. The regional history is so embedded in the people, the architecture, and the music that the past has become such a vibrant part of the present. I have truly never experienced anything like this! It is very easy to lose your sense of time walking around and exploring. 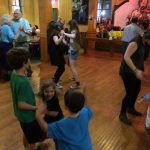 Dancing to a Cajun band at Mulates 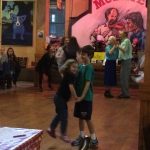 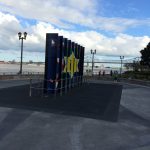 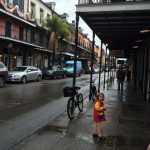 On the streets of New Orleans 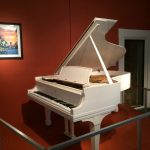 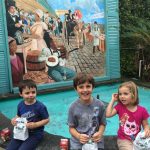 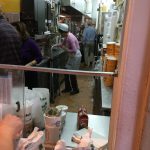 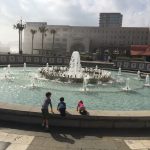 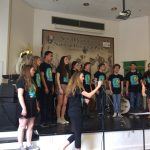 The people were incredibly friendly. We met an Italian grandmother who transplanted there early in her marriage and shared tales of their pre-children days enjoying the wild side of New Orleans, then pointed out the great family things to do that weekend. She gave the kids a painted potato from the St. Patrick’s day parade she had just been to and wished us a great trip. Late one evening, we followed a sign to an open art gallery. We were the only ones there and the owner shared stories with us of friends of his… famous musicians. When we noticed a wall of photographs, including many famous people, we put it together and realized he was the photographer. There we were, just chatting with Curtis Knapp. Another time, while walking through the French Market, we struck up a conversation with a street vendor. He had spent many years working and living in Yellowstone park. He was excited to hear about our trip and shared many ideas and suggestions for visiting there. As we walked on, we noticed a man filling buckets with food out of an enormous cooler. We asked him what is was. He went on to explain the cuisine – crawfish, potatoes, corn on the cob, sausage, and a whole lot of spices. Then he pulled out some crawfish and broke them open for us to try. Adventurous Cake was reluctant to try it at first but then insisted on it. She loved it! Dooder was the only one that wouldn’t try it, and it was delicious! Come to find out, the crawfish man had lived for a while in the town where Kitt had grown up-cool connection! Another evening, Yay Yay bought himself a harmonica. 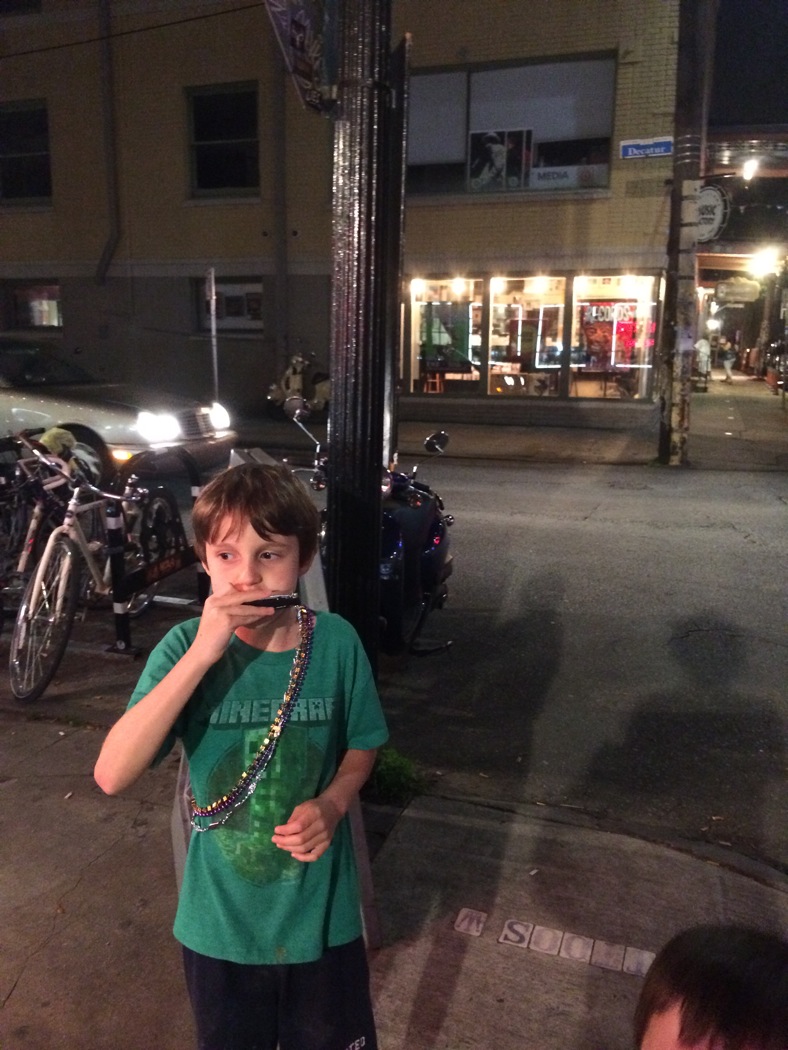 He was very drawn to the music scene and felt right at home walking down Frenchman Street playing his harmonica. He even got a friendly nod of encouragement from a guy on the street. There’s your street cred! Our last night there we explored the garden district, a beautiful area of the city with gorgeous architecture. While we were enjoying and commenting on some unique features in one neighborhood, a man opened up his door and started talking with us, telling us a bit about the houses on his street and their good fortune during hurricane Katrina. He admired Yay Yay’s harmonica playing and called his 2 year old son out with his own harmonica. The two boys jammed a bit then Dooder gave the little guy a big hug before we walked on. These are just a few examples of the friendly people we met in New Orleans.

Back at the campground, Yay Yay was really inspired by what he saw in the city. He woke up the next morning, got himself all ready, and headed out to the playground with his harmonica and tip jar. The boy raked it the dough! It wasn’t long before he had five dollars and eighty one cents!! He was elated! He thought about framing his first dollar earned, but decided he’d rather spend it… on more instruments, of course! 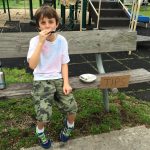 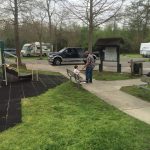 Yay Yay busking at the campground

With the exception of The Ferry Incident, I loved all things New Orleans. But the high point, for me, was watching my boy play his harmonica with the spirit of New Orleans flowing through him. 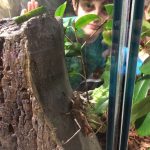 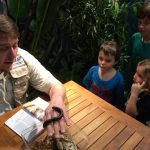 Centipede at the Butterfly Garden and Insectarium 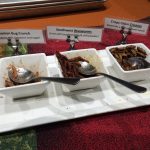 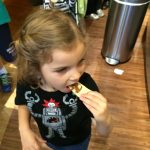 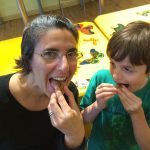 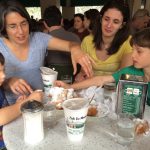 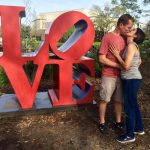 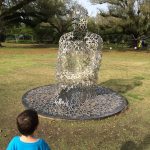 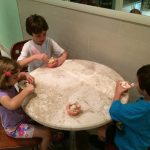 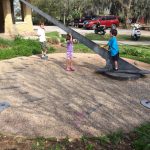 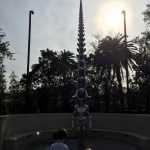 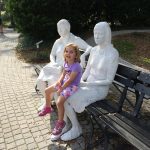 1 thought on “Beignets, Love, and a Harmonica”