We narrowly avoided having to move into a parking lot. Florida in February during one of the coldest winters on record up north….well, you need reservations! Thankfully, a couple of days before becoming homeless, er…spotless, er…not have a camping spot, one opened up at Lazydays RV park. It was a different kind of place for us, located on a huge campus, most of which is for RV sales and service, but we ended up liking it a lot. They had a great big heated pool that the kids loved, especially Dooder who wanted to practice his new skill of swimming independently. There was also a nice playground, tennis courts, and good roads for bike riding. We hung out at the park quite a bit, caught up on laundry, and got some “home” improvement projects done. 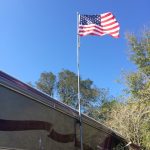 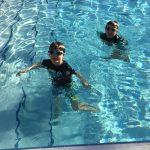 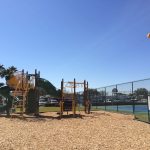 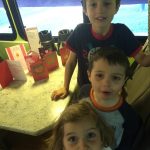 1st holiday celebrated on the bus! 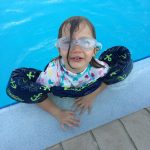 Highlights in the Tampa area:

We hung out with cousin Laura at Lowry Park Zoo where we saw the manatee rehabilitation and pet some sting rays – slimy, yet soft! 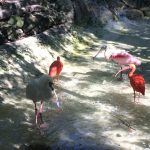 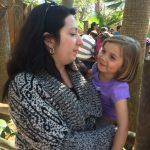 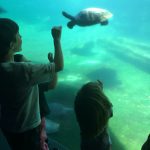 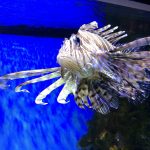 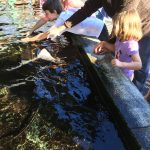 Our favorite activity here was the visit to Mixon’s Citrus Grove. We toured the grove via a tractor ride and learned about the history of the farm and the family that owns it. Part of their land is used by an animal conservation group. As part of the tour, a man named Damen gave a very informative and highly interactive presentation on the various animals in their care and the problem Florida has with non-native animals being released into the wild. We saw crocodiles, fed a wild pig, pet a skunk and a boa constrictor, and Yay Yay held a baby alligator!! It was an incredible experience! After the tour we had lunch at their cafe and then walked through the juicing area. We learned how they designate fruit to be sold, juiced, or fed to the cows and saw the juicing machines in action. We tasted many wonderful things at Mixon’s – sampling the variety of fruits, juices, wine, and their famous orange swirl ice cream. It was a wonderful day! 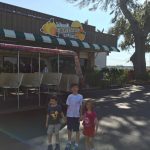 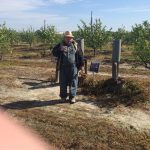 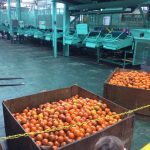 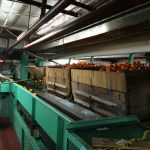 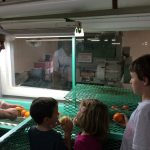 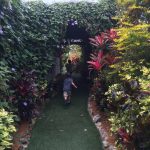 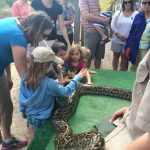 We wanted to spend one more day with cousin Laura before we moved on, so we met her at Clearwater beach. It was a cooooold day! We all had a great time running on the beach and collecting sea shells. We walked along the docks and saw pelicans up close! Cake spent most of the afternoon in Laura’s arms and everyone was sad to say goodbye. We hope to see her again sooner rather than later! Cousin Laura, Kitt, and the kids 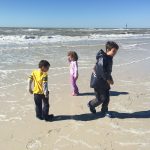