We made plans a couple of days ago to meet up with my friend Jason and his family for lunch at Cooper’s Old Time Pit Bar-B-Que near the Fort Worth Stockyards at noon today. Jason and I were coworkers and had stayed in touch, and it was great to have the opportunity to catch up and for our families to meet.

After yesterday’s lunch at Hutchins and late night at the rodeo, it took a bit to get moving out the door and get ready for more BBQ. The original plan included watching the cattle drive in the stockyards at 11:30, but we didn’t make it.

We met up with Jason and his wonderful family and went inside. It seems that each restaurant does things a little differently. At Cooper’s the meat is by the pound and you order it right from the pit boss, who cuts off your big chunk of meat, wraps it in butcher paper, and puts it on a tray for you. There is also corn on the cob and smoked baked potatoes. Next there are beers in coolers along with other cold sides like cole slaw. Then the hot sides – more corn, beans, and mac & cheese – and some desserts. They’ll slice your hunk of meat for you, pay, and go find a big picnic table to sit down at. Casual family style with self-serve drinks, sauces, rolls, pickles, and pickled jalapeños. 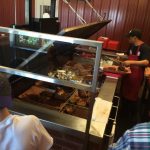 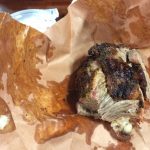 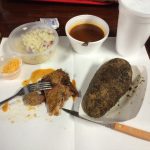 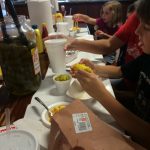 After eating we all just kept talking and talking. I have no idea what the girls were talking about, but the boys got to discussing Minecraft and were totally engrossed in it. We eventually said our goodbyes and we tried to figure out what was next. Yay-Yay, Dooder, and Cake all wanted ice cream for dessert, and with only an hour and a half until the afternoon cattle drive we decided to get down into the stockyards to walk around.

At the stockyards Dooder found a steer to ride and his brother and sister quickly followed. I think Megan was happy that he was a happy and docile steer, much unlike the angry bulls at the rodeo the night before! The kids then found a sno-cone vendor, which was better than ice cream with the heat. 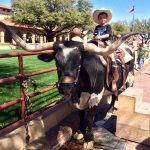 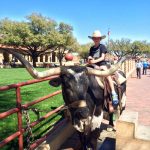 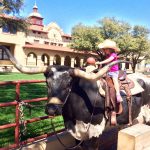 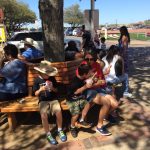 We waited around a little longer to watch the cattle drive. It was interesting to see, but at the same time the cattle were so well behaved and simply walked down the street that it was a non-event. If it weren’t for the crowds it would have seemed like just another day in Tejas. 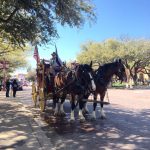 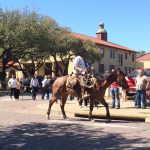 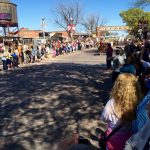 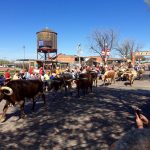 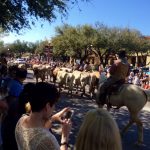 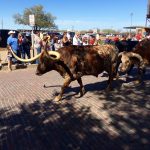 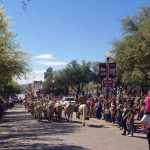 That’s a wrap! Hope y’all are enjoying the blog posts.