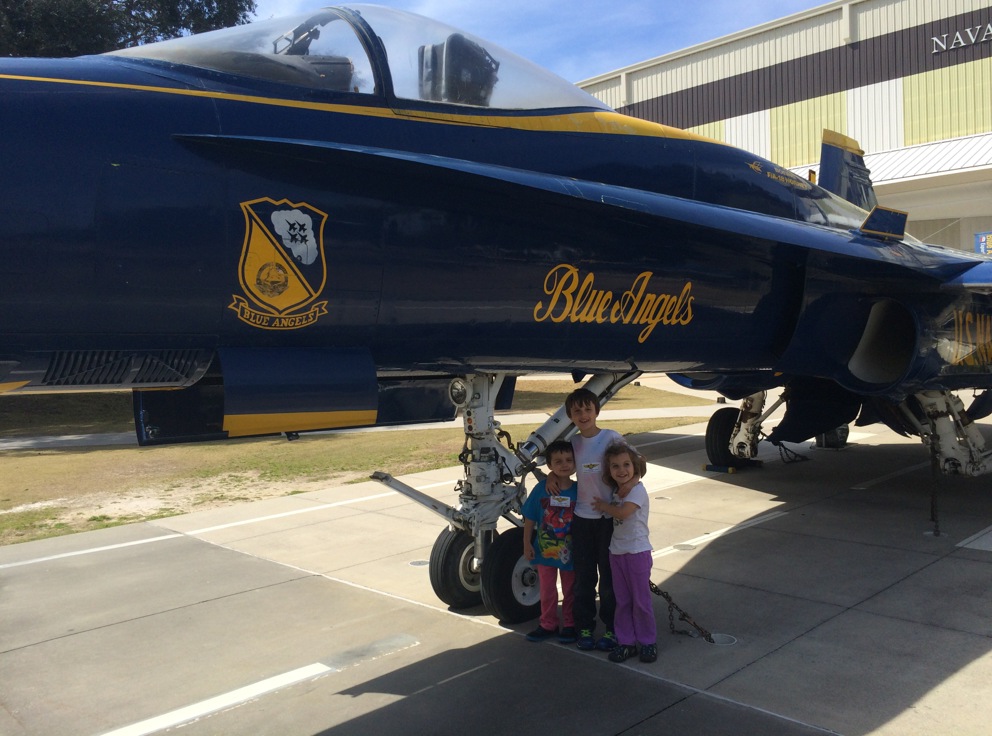 We planned a halfway stop between Jacksonville and New Orleans in Pensacola to visit the free Naval Aviation Museum at Naval Air Station (NAS) Pensacola. Did I mention FREE?

A half-hour drive from the campground brought us to the museum, which is located right on the military base. Directly outside the museum entrance was an anchor from the USS Essex and a jet up in the air. The kids couldn’t wait to get inside!

What amazed me right from the start were the aircraft and artifacts inside Inside the museum that had a real story behind them and weren’t just museum props. For instance, there was a Sea King helicopter that actually operated as Marine One while carrying the President of the United States, a Stearman N2S Kaydet flown by George H.W. Bush during his WWII Navy flight training, and a propeller from the aircraft carrier USS Intrepid.

We all enjoyed the various multimedia shows and simulators, and Yay Yay even tried a full motion flight simulator – we had lots of fun. The kids all climbed into the engine air intake on an F/A-18 Hornet, formerly flown by the Blue Angels. We had a great discussion about the engines, how they work, and what the air intakes were really for. There were a lot of exhibits inside both buildings that allowed the kids to climb up and sit in aircraft too, which really kept their interest. I took Yay-Yay and Dooder into the Virtual Flight Deck exhibit where they could learn about, see, smell, and even feel some of what it would be like to work on the deck of an aircraft carrier.

This was a fantastic stop to make and the only bummer that I can think of was that the Blue Angels weren’t practicing that day for us to see. 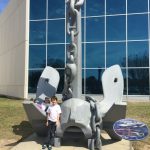 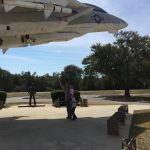 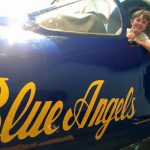 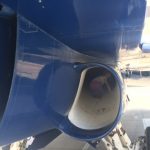 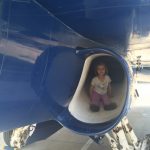 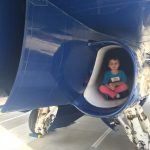 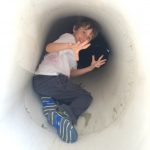 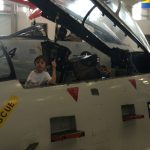 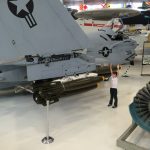 Hands up! I have a rocket! 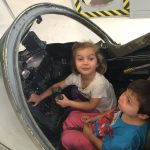 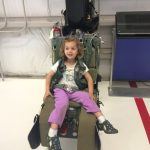 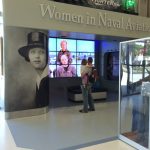 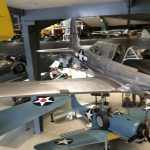 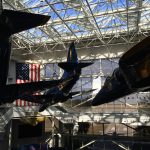 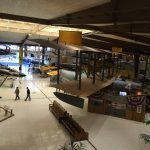