Not all days or outings are awesome; sometimes things just fall flat. That was our experience one day in Tucson.

The kids had really wanted to go see a real mine. After all, they love Minecraft! We found a copper mine in the area that gave tours into the mine. Though it was interesting to hear about how they came to mine there and the process involved in copper mining, the presentation was very dry, rushed, and not geared towards children. Quite a few displays in the visitor center were broken and not working, which frustrates the kids – they really enjoy and learn from the interactive displays in the museums we visit. Unfortunately too, the mine was barely running that day as it seemed to be down for maintenance of some sort – the tour guide didn’t know. The explanation of the mining and processing was a little difficult to follow with information like “Take a look at this out your right window and remember that. I will explain later” about a dozen times, coupled with lots of percentages of output from various stages of the processing. Kitt took a picture of the ore processing flow from the visitor complex in the hopes that we’d figure it out later. 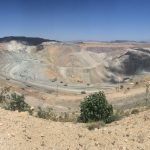 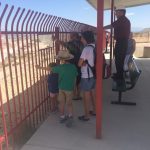 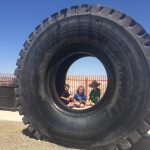 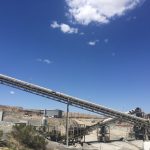 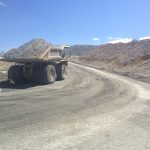 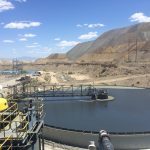 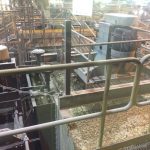 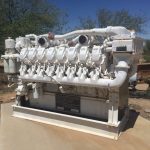 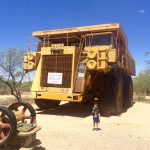 1975 Terex haul truck, used at the Twin Buttes Mine 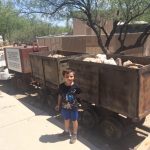 We did get to see a real mine, great BIG trucks, and copper in the rough. The kids each got their own piece of copper ore to take home too!

Next stop was the Titan Missile Museum, built on the site of a Titan II missile silo, and we were all hoping it would be a bit more interesting. We had heard from a few friends how awesome this place was, and Kitt was very excited about seeing it. I, on the other hand, had never heard of it and didn’t know it’s significance (thank you public education-lol!) We were greeted by less than friendly staff. Actually they were downright rude. There are important security rules in place that we, of course, are respectful of. One of them does not allow book bags. Our Dooder has type 1 diabetes, and we do not go anywhere without supplies to care for him. We carry all of Dooder’s medical supplies, emergency snacks, and water in a book bag because it’s an easy way for Kitt or I to carry everything. On this adventure, we have gone to many places that have rules and restrictions in place for security reasons. We always respectfully mention that our son’s medical equipment is in the bag and they let us carry it without issue. Sometimes they have asked to have a look inside the bag, but they have never refused to allow it. At every other place with security restrictions, the staff has been extremely respectful. At Titan, they not only refused to allow us to carry the bag, they were disrespectful and rude about it. Kitt was about to get rude back when I said that I would take the book bag back to the car and grab the minimum essentials to carry with us. It was less than ideal since it meant carrying things in our hands instead of holding handrails down the stairs or kids’ hands, but doable. I knew how much Kitt was looking forward to this and I didn’t want him missing out because of one rude employee and their lack of accommodation.

The first part of the tour was a video. Yay Yay was very interested in it, as was I, hoping to learn! All three kids listened intently during the video. Just as the video started talking about the Cold War, which Yay Yay had just been asking about, the tour guides came in and asked loudly if the movie had started over, to which we all replied, “No.” He apparently didn’t believe us because he continued to talk loudly over the movie asking if we were sure and that it seemed like it must have repeated itself. I was not pleased!

The movie finished and we were on our way. Down lots of stairs and through tunnels we went, arriving in the control room. We heard about how the room was seismically insulated from the ground, what the crew duties and procedures were, and what it was like to work there. We then watched a simulated missile launch procedure in the control room, which was pretty neat. It was difficult to hear due to the dynamics of the space and the fact that the presenter did not use a microphone. Because of that, we were asked repeatedly to keep the kids quiet or we would have to leave. Mind you, our kids were not being disruptive. They were being normal small children who ask us lots of questions and are excited about the new things they are learning about. We have visited many museums and gone on many tours with our kids all over the country, and we have never had this experience before.

Throughout the tour, the presenter rushed the group telling us that we had gotten a late start and that there was another group behind us. We walked out of the control room, down a long hallway, and looked through a window at the side of the missile in the silo. The group was once again rushed through this part and then missed hearing and seeing part of the exhibit at the end. The last time the tour guide mentioned our late start, an older gentleman finally had enough, “That’s not our fault!” Whatever scheduling mishap happened amongst the staff should not have resulted in a tour that people paid for to get short changed. It was both disappointing and unprofessional. 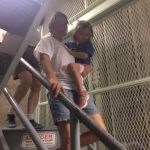 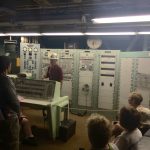 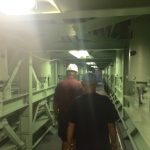 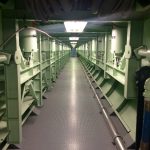 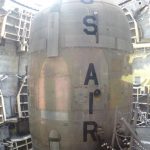 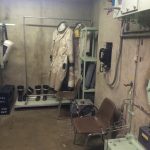 Once upstairs and above ground, the group was told that we could walk around for as long as we wanted. So we did! The kids compared the size of the first and second stage Titan II rocket engines on display to the ones they remember from the Saturn V rocket and the Space Shuttle. 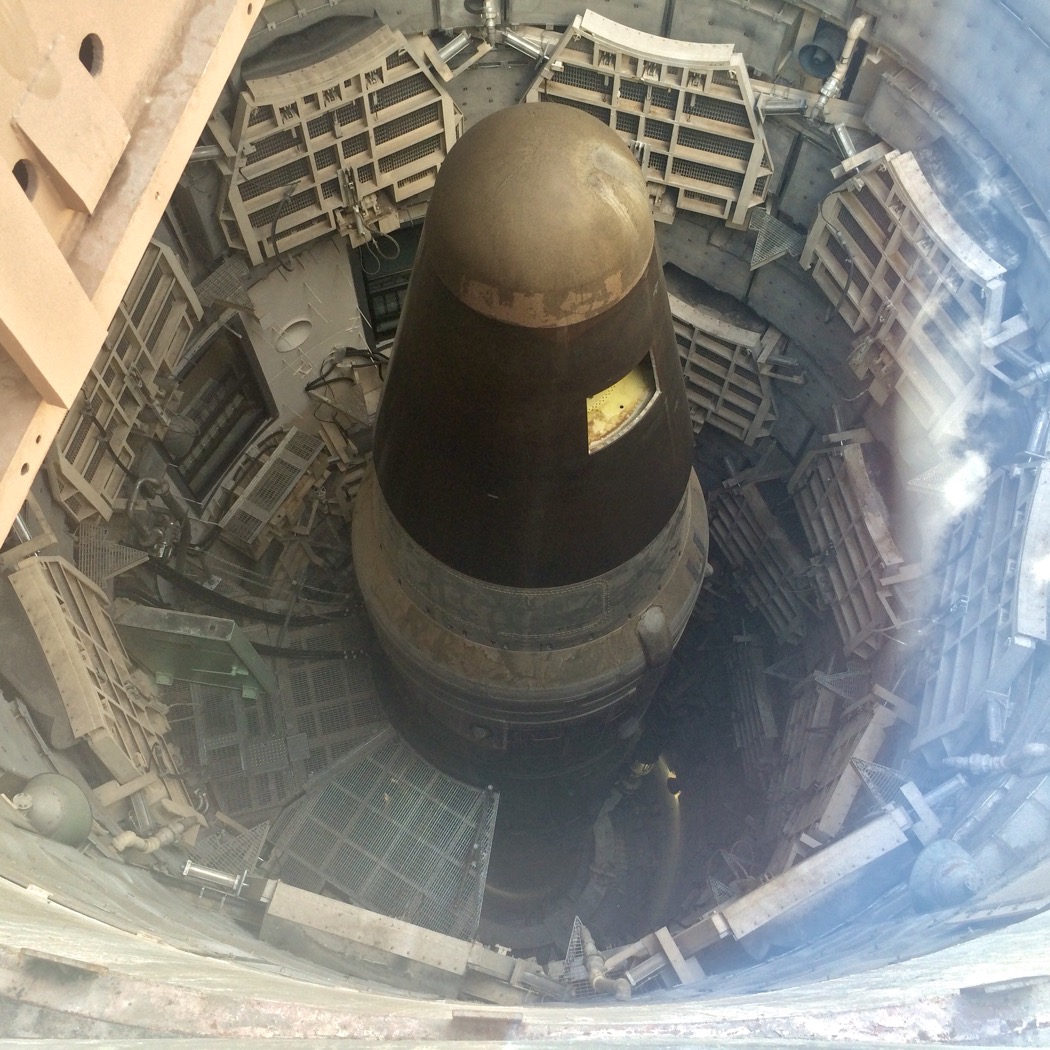 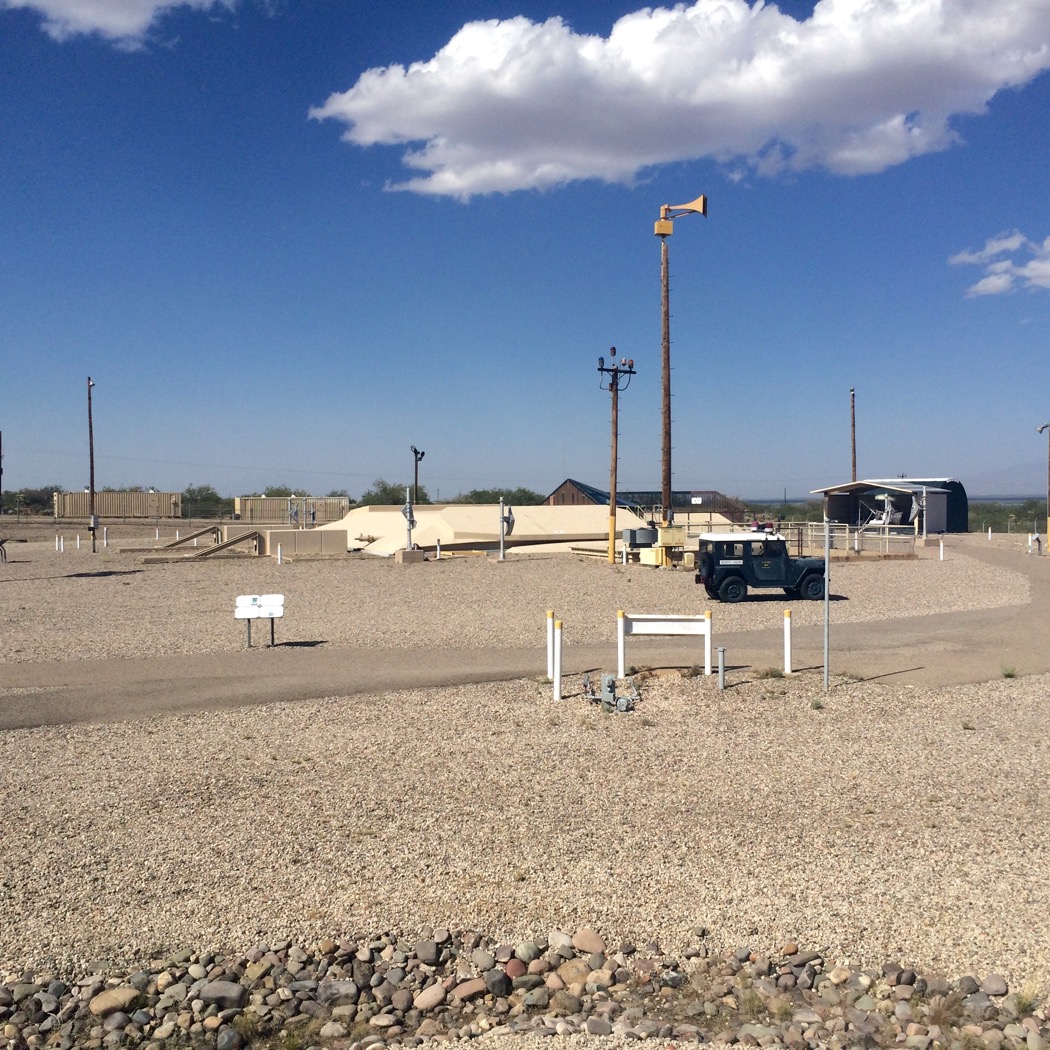 Grounds around the silo. The silo hatch is in the middle of the photo.

The great news is that the kids remember the best parts of our outings and are quick to forget the frustrations. They still learned a lot and continued to ask questions days later. It’s fun for us to see how they take all this in, the questions they ask, the way their imaginary play takes on places we have been. After a long day, fitting in two museum tours and a bunch of driving, Yay-yay and I escaped to the campground rec center for some relaxing one on one time. 2 thoughts on “Tucson, AZ – Copper mine and Titan Missile Museum”