The Musical Instrument Museum, aka The MIM, in Phoenix is not to be missed. Had we stayed in Phoenix longer we would have been back at least one more day, if not two, just to see the whole museum. Everything about the museum is well done, from the Steinway grand piano in the main hall in which all pianists, novice to expert, are invited to play, to the cafe and impressive restaurant, to the free wireless headsets, interactive exhibits, and artifacts from famous musicians. 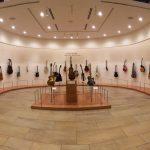 Guitars in the Orientation Gallery 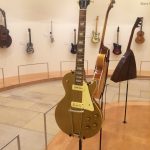 One of the first fifty “Les Paul” guitars made by Gibson 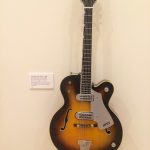 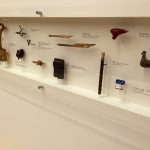 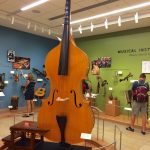 An Octobasse, which is tuned to two octaves below a cello 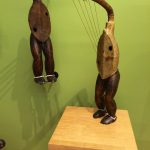 I found a great video on the octobasse where a curator from the museum plays the instrument and discusses its history.

We quickly found a room, simply called the ‘Family Center’ which was a quiet place to rest with the kids for a few minutes, read some books they had, and experiment with some different instruments. At least the room was quiet before the kids started playing. They had a great time trying out all of the different instruments, figuring out how each one made the best sound, and then playing them together to make a song for us. Delightful!

We next visited the Experience Gallery, which included some different sized string instruments to play, a nickelodeon (like a player piano with with drums, cymbals, and other instruments built into the same cabinet), a Burmese harp, and a lot of drums and percussion instruments! 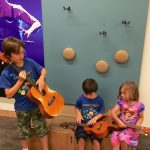 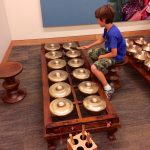 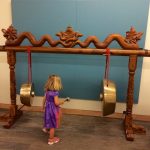 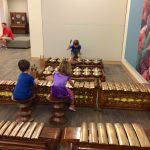 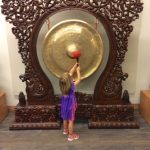 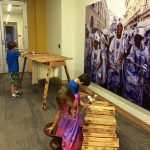 After lunch we stopped into the Mechanical Music Gallery, which gave a great history of instruments that play themselves, such as player pianos, nickelodeons, and music boxes. We were lucky enough to be there for a demonstration of the Apollonia – a two-ton twenty-five foot long dance organ. It has since been modernized a bit to play music from MIDI format via computer, but the mechanics of the organ, built in 1926, are the same as is the sound. Very impressive! 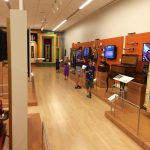 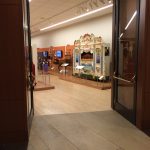 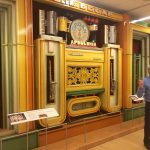 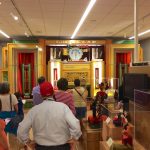 The Artist Gallery was my favorite, with audio, video, and instruments from many different well known musicians. Yay-yay really enjoyed listening to the different music styles and associating the sounds and music with the artist. Here are just a few of what was in the gallery: How Zildjian cymbals are made 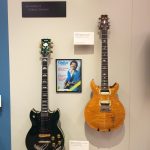 Andy Summers of The Police. Cake enjoyed listening to their music. 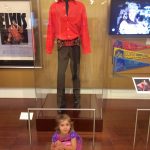 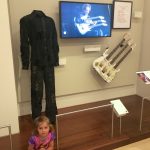 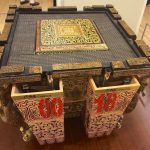 John Denver’s guitar. Yes, Megan and I sang out loud to “Rocky Mountain High” in the museum. 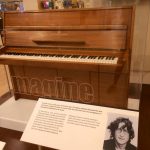 John Lennon’s iconic Steinway upright piano, on which he wrote much of his solo work after the Beatles, including the song “Imagine”

I took a picture of the wall in the cafe, which I thought was wonderful and captured many of my thoughts of music and of the museum:

We saw less than half of the museum in the day that we were there. It is filled with musical treasure of historical and cultural significance that would take many visits to fully explore. Despite the vast collection it houses, the MIM is in no way crowded. The beautiful, artistic, well thought out layout of the space gives each display it’s proper place in the spotlight. The galleries are beautiful rooms off of the winding hallway that organize the collections in such a way that encourages thoughtful, leisurely exploration. Another benefit of this design is that no one area or gallery feels overly crowded as there are so many different spaces to explore within one gorgeous museum.